Home » Top List » Top 7 Universities To Study In The UK 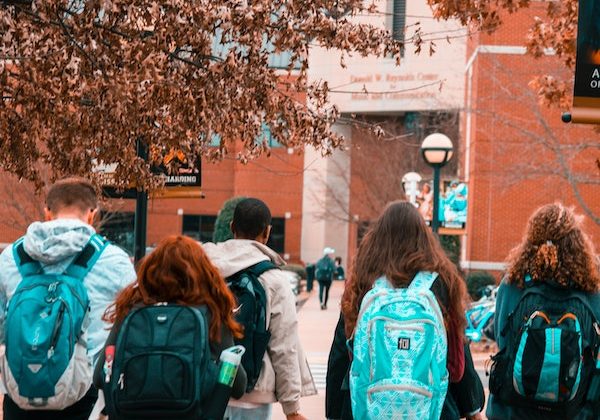 Oxford University is one of the most prestigious universities in the world, ranking as the best in the UK and the third best in the world. It has over 41,000 students and around 2,500 staff members. The university’s main campus is located in Oxford, with satellite campuses at Wolvercote (a suburb), Oxford Brookes University, and Homerton College.

Oxford offers courses across all disciplines, including the natural sciences, engineering, social sciences, humanities, medicine, law, business, etc. There are also many opportunities to take part in research projects while studying here!

The University of Cambridge is one of the world’s leading research universities and has been at its present location since 1209. Founded by scholars from Oxford, It is the second oldest university in the English-speaking world and the fifth oldest in Europe, making it one of only four ancient universities still operating today.

The university’s libraries hold more than 14 million volumes and some 15 million manuscripts and complete runs of periodicals; it also has over 100 research institutes, which include those for genetics, computer science, Earth sciences, and applied mathematics.

Imperial College London is a public research university in London, England. The college was founded in 1907 as the Imperial College of Science and Technology (ICST). It gained its present name on January 1, 2007, following a change of name approved by Queen Elizabeth II to reflect its new status as an independent institution.

The university is a member of the Association of Commonwealth Universities, the European University Association, and the Russell Group. It is regarded as one of the world’s leading universities.

UCL (University College London) is one of the oldest universities in the United Kingdom. It was founded in 1826 and has a student population of 38,000. It’s located in central London and offers courses for undergraduate students who want to study law, business, humanities, and social sciences.

The university is known for its research capabilities as well as its international reputation among top universities worldwide such as Harvard University and Stanford University.

The University of Edinburgh is a public research university in Edinburgh, Scotland. It was founded in 1582 by a royal charter from James VI, King of Scotland.

The university is ranked among the top universities in Scotland and the UK and has been named as one of five Russell Group universities (along with Oxford, Cambridge, and London School of Economics & Political Science), making it one of only six institutions outside the United States to be included on this list.

It is ranked among the top 50 universities in the world according to both the Academic Ranking of World Universities and U.S. News & World Report’s Best Global Universities Ranking 2017.

The University of Manchester

It has five main campuses located around the city center: Oxford Road Campus; School of Medicine; Sackville Street Campus; Victoria Building Library at Moss Side; and two outdoor sites: Salford Quays on the banks of the River Irwell and Deansgate Locks near The Lowry Centre.

The university is ranked 9th overall among UK universities according to The Times Higher Education Supplement (THE) 2019 league table for research-intensive institutions.

It was ranked first for graduate outcomes, including having one or more postgraduate degree(s) or higher-status equivalent qualification(s), by the UCL Rankings for 2018–19.

King’s College London is a public research university in London, England. It was founded in 1829 by Henry VIII as King’s College of Medicine for the training of medical practitioners to serve the British Empire.

The University is divided into two main campuses: the Strand campus and Denmark Hill. There is also a campus at West Smithfield (formerly called the Beaumont site).

Conclusion: Universities to study in the UK

The UK is home to some of the world’s top universities. Whether you’re looking for world-class research facilities or a rich campus life, you’ll find it in the UK. The seven universities listed in this article are all among the best in the world. If you’re looking for a top-quality education, the UK is a great place to start your search.