Home » How To » How Do Influencers Make Money? A Complete Guide 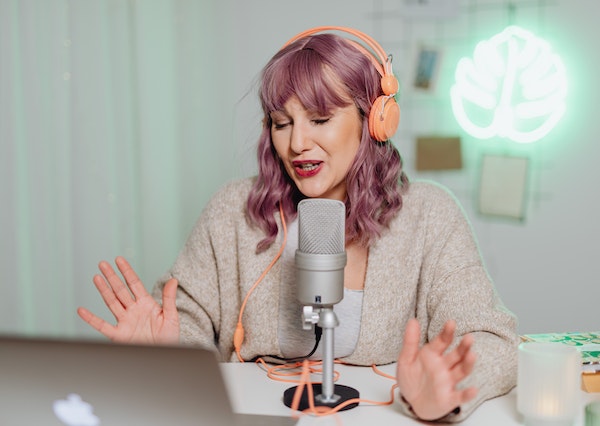 I know what you are thinking. You read it in the title, so you are wondering, how do influencers make money? And, if you are like me, you thought of this even before reading the blog post. After all, how does anyone get paid for something that seems like such a nice thing to do for free?

For a start, Influencers have become superstars in their own right in a society driven by social media. Instagram influencers with hundreds of thousands, if not millions, of followers are not unusual. In actuality, influencers are making a lot of effort behind the scenes that aren’t highlighted on their social media channels.

Let us define social media influencers, how they generate money, and how much money they can make from their work.

Who is an Influencer?

An influencer is someone who generates money by impacting the purchasing behaviors of others. Influencers are people with substantial social media followers who make money by advocating for certain companies through sponsored posts, affiliate links, and other means.

Because of social media giants such as Twitter, Instagram, TikTok, and YouTube, being an influencer has become a profession during the last decade. Influencers with enormous followings may earn significantly more than the usual 9-to-5 employment. Also, influencers can be divided into categories namely:

How much do Influencers Earn?

According to statistics, a micro-influencer, or someone with 10,000 to 100,000 followers, may expect to earn between $40,000 and $100,000 per year. This data mostly varies between different locations, a Nigerian influencer might get paid based on the local currency and the economy.

Top influencers may make hundreds of thousands of dollars every year. Cristiano Ronaldo, for example, is famous for earning £1.7 million for every Instagram post. As a result, it’s not uncommon for some influencers to earn a six-figure salary or more if they do it well.

One of the most prevalent methods for influencers to earn money is through sponsored content. When a business pays an influencer to showcase their product or service on the influencer’s social media accounts, this is referred to as a sponsored post.

Some businesses recognize that influencers do not exist just on social media and that establishing a long-term partnership and allowing influencers to become brand ambassadors may be a far better proposition with many more brand contact points.

Affiliate marketing is when an influencer shares a link to a product and then receives a portion of the sale if a follower purchases an item via that link. It has become one of the most popular ways for influencers to generate money.

Many influencers have entered the education industry, selling digital items to teach their fans about a certain topic. But how do these items pay off for influencers? A food blogger, for example, may build a whole course on how to use spices.

Engaging their most devoted followers and giving them a chance for direct support is another approach for influencers to make money on their platforms. This happens frequently in the gaming business, as live feeds allow viewers to virtually submit a limitless amount of money.
Exclusive content subscriptions are also well-liked, with varying levels of support defined by websites like Patreon.

6. Create your own Merchandise

Selling merch is one of the most lucrative revenue streams for most well-known influencers. For the most part, it doesn’t matter what the merchandise is because your audience is purchasing it for the sake of association, to be a part of a community, rather than pragmatism.

Live events, whether in-person or virtual, are another opportunity for influencers to earn money. A travel influencer, for example, may earn money by booking a vacation for a fixed group of followers.

A food influencer, by the way, may generate money by arranging a live food event where fans may come and purchase and enjoy mouth-watering dishes prepared by the influencer.

Bloggers have commonly used advertising on their websites to monetize their traffic. So, how do influencers profit from advertising?
Bloggers may earn money only when a visitor clicks on the ad or whenever it appears on the screen, depending on the type of ad. Sidebar and in-content advertising can be extremely profitable for bloggers with high traffic to their websites.

How Do Influencers Make Money FAQ

How are Brand Influencers Paid?

The influencer receives bonuses for every sale or action taken by their followers, but they also have a fixed rate to demonstrate the brand’s commitment. Furthermore, brands can build a bonus system in a variety of ways.

Who is the Highest Paid Influencer?

What is the Highest Paid Social Media app?

Snapchat pays up to $1 million per day for content created on the platform, according to CNBC. Users of Snapchat can submit their best snaps to Spotlight, an entertainment platform that shares this type of content globally.

Rounding Up: How Do Influencers Make Money? A Complete Guide

Hopefully, this guide leaves you with a better understanding of how influencers make money across a variety of social media platforms. Remember that there are always new ways to monetize the content you create, so keep your eyes open for new opportunities as well. You never know where your next money-making opportunity will come from, but some combination of the methods above will likely work for you.