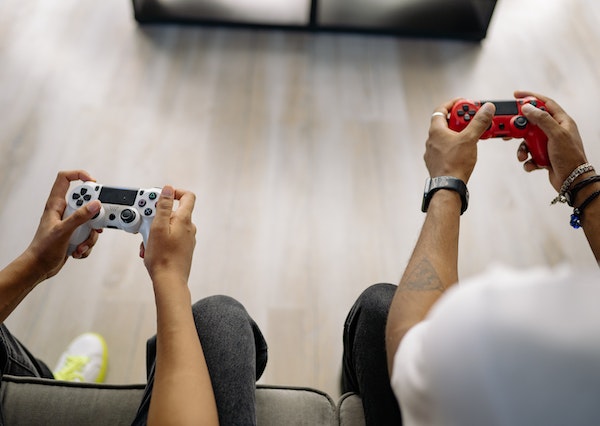 Student of Engineering and also a student of Instagram. Enjoy my articles.

As someone who’s interested in video games, you’re probably familiar with the industry’s biggest names and platforms. But have you ever considered following a gaming Instagram influencer?

As the gaming industry continues to grow, so does the number of people who are interested in gaming-related content. And, with the rise of social media, it’s no surprise that there are now a number of gaming Instagram influencers that you can follow.

If you’re a gamer, you’re in luck. There are tons of gaming Instagram accounts that you can follow. These influencers post about the newest games, gaming hardware, and gaming culture. You can also find tips and tricks for your favorite games.

Here are some of the top gaming Instagram influencers that you should follow. So, what are you waiting for? Start by following these amazing influencers today!

Before we dive in, check out some of the top Gaming Hashtags you can use to boost your engagement on Instagram!

Jack Septiceye, an Irish YouTuber, is well-known for his game reviews and Let’s Play-style videos. Jack’s online following grew quickly after he began by posting playthrough-style videos and game highlights. He signed a multi-year contract with Twitch, the world’s most popular live-streaming site, establishing him as a sought-after gaming influencer among brands and viewers.

Matthew Patrick runs the Game Theorists YouTube channel, which analyzes popular video game franchises such as Minecraft and Five Nights at Freddy’s. His YouTube videos, such as one in which he explains why Minecraft is so popular, are well-liked by gamers and gaming companies looking to improve their own products.

PewDiePie is a well-known Swedish YouTuber best known for his video game and comedy videos. He is one of the most well-known YouTubers and video creators, regardless of genre. He started out by providing video game walkthroughs and reviews but now focuses on more personality-driven content like satirical comments, reaction videos, and meme roundup videos.

Benjy Fish is his real name, but he is better known as BenjyFishy in the gaming community. He is a young Instagram gaming influencer. He began professionally when he was 13 and now has over 2 million Instagram followers. Benjy shares interesting Instagram posts and encourages his followers to interact with his content.

Kyle Jackson has one of the largest fan bases in the UK, with over 4 million followers. At the age of 15, he is enthusiastic about his gaming abilities. He is well-known for playing Fortnite, whose flag on Twitch skyrocketed shortly after its release in 2017. His fans enjoy his aggressive play, as evidenced by his growing number of followers.

If you believe that gaming is only for men, you are greatly mistaken. Why should boys have all the fun while girls are left out? Imane Anys also known as Pokimane is our next game influencer. She is a 25-year-old Twitch star known for her large Twitch following and love of League of Legends. She is also passionate about beauty and video games, a rare combination that few gaming influencers have.

Tom Cassell also known as syndicate is a vlogger, YouTuber, and streamer who enjoys discussing video games. Tom’s YouTube channel, “TheSyndicateProject,” has nearly 10 million subscribers and has become a one-stop shop for gamers, particularly those interested in popular titles such as Halo, Call of Duty, Fortnite, and Minecraft.

Tyler Blevins, better known as Ninja, is a popular Fortnite player with millions of followers on Instagram, and YouTube. He’s played Fortnite so much that he’s had the rare opportunity to create custom in-game skins. Ninja has had a long history of collaboration with Red Bull.

Stonemountain64 is a well-known YouTube personality who was born on May 22, 1992, in the United States. He is a YouTube gaming commentator who focuses on shooter games. His videos from games such as Battlefield, Call of Duty, and Battlefront have amassed over 2 million subscribers on YouTube.

DanTDM is a well-known author and YouTuber, as well as a professional gamer. Dan began uploading Minecraft videos and sharing extensive game reviews in 2012. Dan has progressed from Minecraft to other games such as Fortnite, Roblox, and Rocket League, all of which have proven to be extremely popular among his fans. He is a well-known gaming influencer, attracting both players and brands.

Alia Marie Shelesh is the next influencer on our list. She is a successful gaming influencer with over 5 million Instagram followers. She is paving the way for female gaming influencers and breaking major stereotypes. Alia has been a gamer since she was a child when she received her first PlayStation at the age of six, and she has never looked back since.

MrBeast, who debuted on YouTube in 2012, is now considered one of America’s most influential gaming influencers. MrBeast frequently plays popular video games such as Minecraft, Grand Theft Auto, and the all-new Fall Guys, with content that includes classic Let’s Play style videos and live gameplay.

ImaEternal, a graphic designer and gamer, has over 100K followers and mostly US-based audiences, making this one of the top gaming Instagram accounts for brands and businesses.

Mark Fischbach dropped out of college to become a gaming influencer with nearly 30 million subscribers on YouTube, placing him among the top 50 YouTube channels. His games are mostly horror-themed. Don’t let that deter you, though, because he always puts a hilarious comedic spin on his videos. That way, a joke or sarcastic remark is never far away. You can also check out his Instagram page for more game-related content.

Another female game influencer on this list is Andrascorner. Andra is a PC setup enthusiast from Germany with over 92K Instagram followers. Aside from her love of technology and collaborations, she is considered one of the most popular gaming influencers on Instagram.

Nikolarn grew up with a wide range of board and video games at his disposal. He started watching Justin.tv in high school and later decided to try his hand at streaming after hearing that Amazon was going to buy out Twitch. He is now a Twitch streamer with over 600,000 followers.

Jess Bravura is a Minecraft player best known for her “Minecraft Diaries,” but she’s also been playing Among Us recently. Her imaginative and frequently absurdly random scenarios result in creative and one-of-a-kind stories. She also has thousands of followers on Instagram, Twitter, TikTok, and Facebook.

Dellor is a web star and Twitch decoration from the United States. He rose to international fame by live-streaming interactive experiences for primarily first-person shooter games on his Twitch account @dellor. He is one of the most well-known Instagram gaming influencers, with over 200K followers.

If you’re looking for the most followed game influencer on Instagram, look no further than PewDiePie. He is a popular YouTuber who is best known for his video game and comedy videos. He has over 21 million followers on Instagram.

Why do brands hire gamers as influencers?

The brands recognized their value as influencers and opinion leaders. Because of the power of their fan following, many brands have hired them as influencers.

How Many Followers Do You Need To Be A Gaming Influencer?

To be known as a gaming influencer, you must have at least 1,000 followers. But don’t be troubled if you don’t have a large number of followers. You will grow over time.

In conclusion, these are the top gaming Instagram influencers you should follow. They provide great content and are entertaining to watch. If you have other gaming influencers on Instagram you want us to add to the list, do let us know in the comments section. 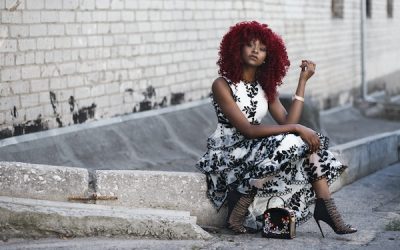 Fashion Instagram Accounts That Will Change Your Fashion Sense – Top 20

When it comes to fashion, we all have our own unique sense of style....

Mom Influencers On Instagram: 20 Accounts to Inspire you to be a Mother

As a mother, you are likely always looking for inspiration and...

As a real estate agent, you've likely seen your fair share of...